In 2007, Barilla Pasta, the world’s largest pasta maker, established a $100 million manufacturing plant in Avon, Livingston County.  When Barilla company officials were scouting different locations in the Northeast United States, they said that one of their siting requirements was the presence of a rail freight line that would be able to accommodate the 286,000-pound rail freight cars that have now become the industry standard.  Thanks in part to rail freight capital grants issued by NYS to upgrade this particular rail line a few years prior, the Livonia, Avon & Lakeville RR was able to accommodate this request.  Without these upgrades, the freight rail infrastructure would not have been able to handle these heavier freight cars and Barilla would not have located its manufacturing plant in NYS.

In addition to Barilla, the presence of the Livonia, Avon & Lakeville RR has resulted in further direct economic development impacts in the region.  With customers like Kraft Foods, Archer Daniels Midland, Cargill, and Perdue, the railroad helped hatch a “food corridor” in the region that has employed hundreds of individuals over the years.  By offering high-volume shipping advantages to these businesses, the railroad has proven to be a significant economic catalyst for this region of NYS.

In September 2013, the completion of a rail relocation project at the former Bethlehem Steel site in Lackawanna, Erie County was announced. Served by the Buffalo & Pittsburgh RR, this project involved the installation of approximately two miles of rail track, including the removal of rail tracks that had hindered access to the site, opening up approximately 300 acres of land for development and new investment. Supported with $4.4 million in funding from the NYS Department of Transportation and a $300,000 grant from National Grid, this project transformed this site into a fully-functioning intermodal transportation center, with Port of Buffalo and interstate access on the I-90 corridor, access to international bridge crossings located nearby and direct rail connections with four Class I railroads. This site, one of the largest brownfield sites in Upstate New York with over 1,000 acres, is the only sites in Erie County with rail, port and easy highway access and is one of the few available site in Erie County zoned for heavy industry. Welded Tube, a Canadian steel company, is among one of the first new tenants at the redeveloped site, building a $50 million steel products plant that will employ approximately 120 workers.

Supported by a $1.6 million grant from the NYS Department of Transportation in 2013, the Massena Terminal RR is making significant capital improvements along its main line and yard tracks located in St. Lawrence County to safely accommodate unit ore trains for the ALCOA West Plant, the railroad’s primary customer. ALCOA’s Massena operation is the longest continually-operating aluminum facility in the world, serving customers in the automotive, transportation, aerospace and industrial distribution markets and is also the largest private employer north of Syracuse. This project will enable the railroad to continue to provide access to the North American rail freight network and allow their customers to remain competitive.

Located in Cortland County, the New York, Susquehanna & Western RR received approximately $1 million in funding from the NYS Department of Transportation to design and construct a transload terminal in Cortland that will enable companies not directly served by rail in the area to ship their products and receive bulk materials by rail. By constructing three new siding tracks and other supporting infrastructure, the terminal will enable short-haul trucks to load and unload freight directly onto rail cars, allowing customers to take advantage of the economic benefits provided by rail freight transportation by providing access to the nation’s freight rail network through its interconnection abilities with three Class I railroads, including Marietta, Suit Kote, Bestway, Cortland Lumber and Gutchess Lumber.

In 2010, the Ontario Midland RR received $1.3 million in state funding to replace a series of rail ties and rebuild three grade crossings on their tracks in Wayne County which led to Northern Biodiesel, the only certified biodiesel producing plant in NYS, to locate a manufacturing facility there.

In 2011, the Steuben County Industrial Development Agency received state funding to rehabilitate approximately two miles of rail track, move and extend a run-around track for safer operations and improve grade crossings. This project enabled the B&H Railroad to provide freight rail service to the Bath Industrial Park, a 100-acre, Empire State Development Corporation-certified shovel-ready site that is zoned for commercial and industrial use.

In 2011, the St. Lawrence County Industrial Development Agency received state funding to rehabilitate the bridge over the Oswegatchie River and the rail spur serving the Clearwater Paper Company located near Gouverneur. After the bridge was closed in 2009 due to unsafe conditions, over 600 trucks per year were required to move materials from Clearwater’s warehouse to the mill, with an additional 730 trucks needed to make up for the transport of pulp that could no longer be accommodated by rail. The reopening of this bridge and rail spur helped preserve the nearly 100 jobs at Clearwater, reduced local truck traffic, reduced transportation costs, and helped keep the mill economically viable.

In 2005, Genesee Valley Transportation identified non-rail served industries in the Batavia area that needed to have the opportunity to use rail as an alternative to ship and receive their products. The need evolved around having a transload warehouse that could provide dry transload from truck to train while also providing interim storage. In 2006, the RR submitted a grant application to NYSDOT and in 2007, it was awarded a grant for $1.2 million. It took this funding along with $800k of its own and in August of 2008, it began the construction of the 30,000 square foot Batavia Transload Warehouse. The warehouse was completed in 2009 and today it serves 8 customers covering products ranging from bird seed to paper to lumber, producing 600 cars of new business that has resulted in taking over 2000 trucks off of our State highways annually. 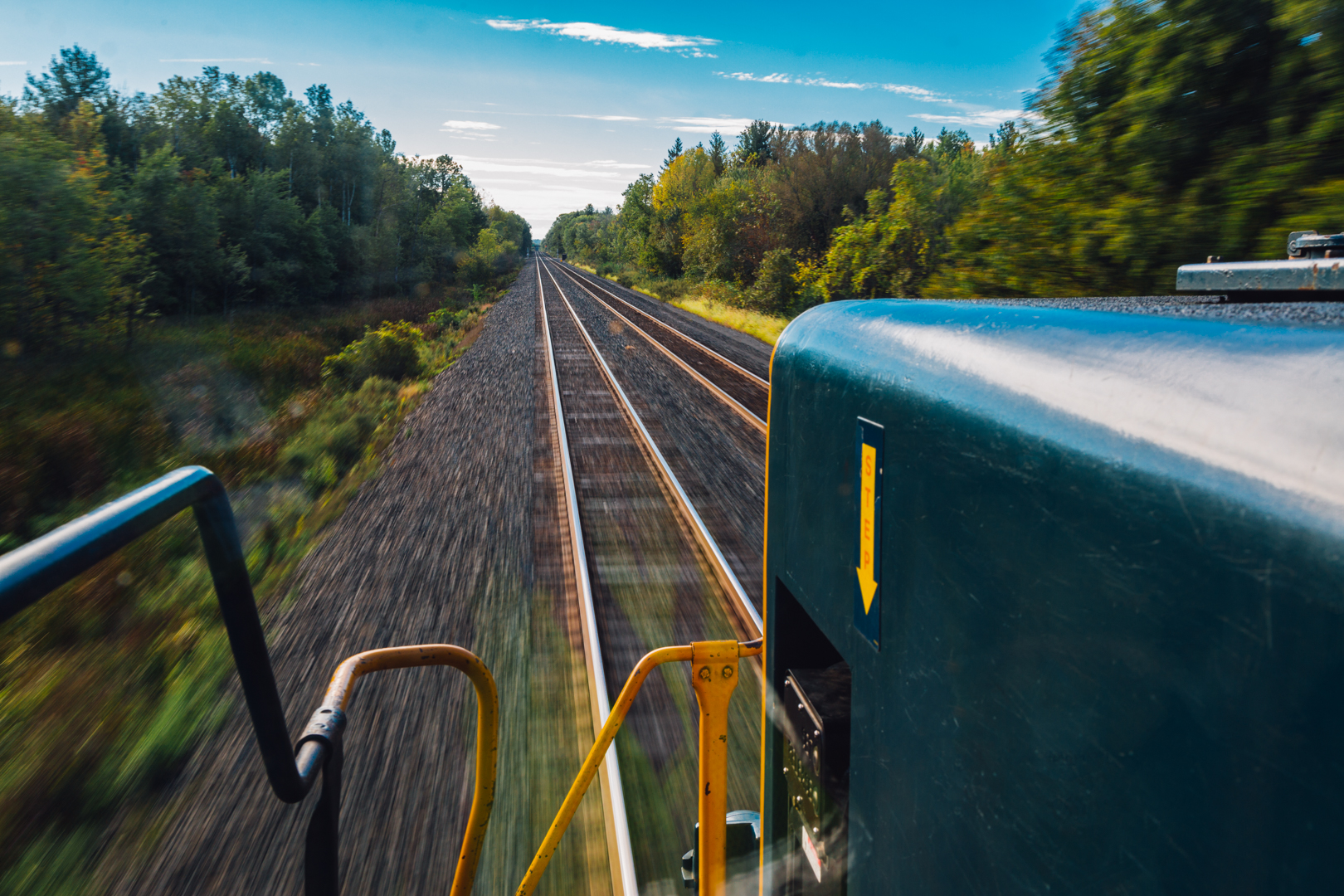 Contact us for help meeting your rail transportation need.